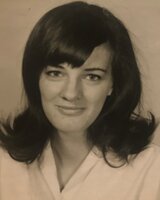 "The only thing I knew how to do was to keep on keeping on like a bird that flew." ~ Bob Dylan Diane Elizabeth Ciesla, beloved mother, sister, aunt and friend, peacefully departed our waking world from the comfort of her home on Sunday, June 5th. Diane was the daughter of exceedingly loving parents, Gordon and Marion Soper, and one of 7 children raised in Centerport, NY. She is survived by her only daughter Courtney Rae Ciesla, her sister Judith Rae Kaufman and her brother Walter Soper. As well as by a great many nieces, nephews and cousins, and her cherished rescue cats, Thelma and Louise. Diane was a brilliant, kind hearted woman who deeply impacted the lives of everyone who knew her. She embodied unconditional love, and shared it freely. She had a wit too quick for most and a wonderfully hilarious, often sarcastic, sense of humor. She had an unrivaled ability for giving side-eye, yet she was not judgemental. She was almost always right about everything, but she never said "I told you so". She was an activist and advocate for equality, justice, and respect for all, humans and animals alike. Her family & friends were more important to her than anything. Diane possessed an incredible and admirable inner strength, which along with her unmovable stubbornness, allowed her to valiantly fight stage 4 cancer against all odds. She spent the last few months of her life at home, winning at crossword puzzles every day, requesting various baked goods, refusing to be fussed over, and enjoying being surrounded by her adored friends and family. Her beautiful, ethereal light will shine on eternally in our hearts and memories. A gathering in celebration of her life will take place on Sunday, June 19th, from 2pm-6pm at Nolan Funeral Home in Northport, NY.