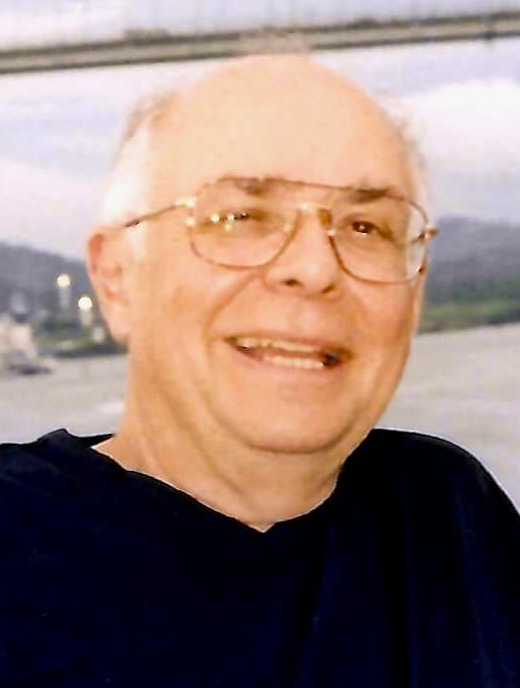 Visiting Friday 5 - 7 pm at the Nolan Funeral Home, 5 Laurel Avenue, Northport. Funeral service Saturday 10:30 am at the funeral home with a burial to follow at Pinelawn Memorial Park. Donations to the Eaton's Neck Fire Department, 55 Eaton's Neck Road, Northport, NY 11768 or The Wounded Warriors Project, in Henry's memory, would be appreciated.

Henry George Maibach, Jr. passed away on Friday, April 22nd. He was 86 years old.  Henry was born in Union City, New Jersey on May 12, 1935, and was raised in Hicksville, New York, the youngest son of Edna Deeke Maibach and Henry George Maibach, Sr. He graduated from Hofstra College in 1959 with a master’s degree in Education.

Henry enjoyed 60 years with his wife Marilyn, who passed away in October.  They made a life-long home and raised two children together on Eaton’s Neck. He loved the drive from Northport to Eaton’s Neck and never tired of watching the beaches and water.

Henry was the adored youngest child, doted on by both his mother and his sister Cathy.  Despite their care and attention, he experienced  a good bit of freedom as a child in what was then rural Long Island farmland.  Henry was driving farm tractors by the time he was 6 and smoking stolen cigarettes by age 10.  He fortunately outgrew the tobacco habit, but continued to love cars, trucks, boat and planes throughout his life.

Henry meticulously maintained the family cars all his life.  He bought one of the first Saabs available in the U.S. in the 1960’s and learned to repair it himself, as there were no local mechanics familiar with its unique engineering.  He was a self-taught expert with his other cars from Oldsmobile, Cadillac and Dodge, relinquishing his self-repair standard only when cars became ‘nothing but driving computers’.  No motor or brake set was beyond fixing; all that was required was a detailed read of the full automobile manual and obtaining the correct tools.  His love for vehicles also extended to his sailboat and Sea Ray power boat.  Meticulous care of the 35-foot Sea Ray meant trailering a boat too large for practical regular launchings; Henry was undeterred and fortunately the boat never slid off its trailer on the trip up the hills from Hobart’s Beach.  A highlight of his life was traveling on the British Airways supersonic Concorde.  After the Concordes were retired, Henry eschewed regular air travel for cruises.  He loved traveling with Marilyn and friends.

Henry was a life-long Middle and High School Math and Science educator in the Plainview-Old Bethpage Public Schools from 1958 through his retirement in 1995.  He was known as a demanding and hard -working teacher, an approach that extended to his own children.  Realizing that summer was an excellent opportunity for supplemental learning, Leslie and Alex were both required to complete math exercise packets during family car rides, trips and any unoccupied down time.  Thanks to their father, they annually presented themselves to their new grade teachers well ahead of the standard curriculum.

Henry was also interested in mathematics and numbers.  In his younger years, he applied this interest to ‘‘playing the stock market”.  He was probably one of the earliest day traders, listening to the stock market closing numbers on his stereo before dinner every night to see what was happening. Later, he applied his interest in probability theory to learn poker, blackjack, and then video poker.  Henry travelled to casinos, choosing his trips based on detailed calculations of winning probabilities being offered at specific establishments and gaming machines using odds projections that even his mathematically minded children could not comprehend.

Contributions to honor Henry’s legacy may be made to the Eaton’s Neck Fire Department (55 Eaton’s Neck Road, Northport, NY 11768) or to Wounded Warrior Project (https://support.woundedwarriorproject.org/).

Share Your Memory of
Henry
Upload Your Memory View All Memories
Be the first to upload a memory!
Share A Memory