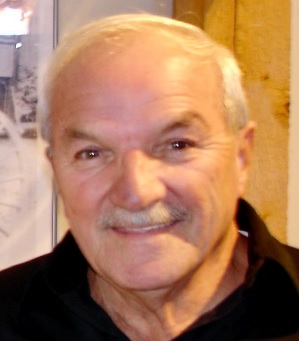 Conrad Anthony Tschinkel, a long time resident of Centerport, NY, passed away on October 8,2022, at the Hospice of Suffolk in East Northport, NY. He was 95 years old. The cause of death was end stage heart failure.

Conrad was first-generation American born on September 14, 1927, in Ridgewood (Queens), NY, the son of immigrants Primus P. Tschinkel and Marie Galla (Rohner.). He was the 12th of 13 children. Conrad’s younger brother and best friend, James Tschinkel, passed away 18 hours prior. Jim was 93.

Conrad enlisted in the US Army in November 1945 and served in Germany during Occupation. He was honorably discharged in July 1947 as PFC, Technician Fifth Grade Machinist and continued his career as a machinist eventually co-owning his own company, F&F Machine, located in East Northport, NY.

The family is indebted to Mrs. Pam Fosella for the loving care and support she provided Conrad over the past five years.

He was someone you never forgot meeting.

A funeral mass together with a Celebration of Life will be held at a later date. Private cremation. In lieu of flowers, please consider making a donation to your favorite charity, your local Hospice facility, or your local food bank.

Share Your Memory of
Conrad
Upload Your Memory View All Memories
Be the first to upload a memory!
Share A Memory