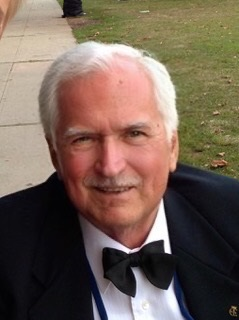 Richard Thaddeus Cieciuch was born on June 12, 1932 in Jersey City, New Jersey. The son of Leon and Helena Cieciuch and brother to Robert and sister Jorene. Richard went to high school at Saint Peters prep in Jersey City where he excelled at oratory competitions, was a Boy Scout leader and graduated from Fordham university as an English Major in 1955. Richard simultaneously completed ROTC training of which he was commissioned a second Lieutenant in the US Army. Richard worked for SAS airlines for seventeen years and was instrumental in bringing computer reservations technology to the airline. In January of 1974 Richard and Bernadette opened Rich-Bern Travel Service. For 33 years Rich brought a deep personal, passionate level of service and brought leading edge technology to their business. His signature efforts earned him the presidency of the American Society of Travel Agents on Long Island for 4 years. Richard joined the Salvation Army in 1974 and was instrumental to his local chapter serving as Fundraising chairman, Bell Ringing Coordinator, Vice President and President of his local chapter. Richard was often seen in the local community tirelessly ringing his bell for the benefit of those in need with an unwavering smile on his face. Richard was revered in his local business community and served two terms as President of the Oyster Bay Rotary, which he also joined In 1974 constantly demonstrating service above self. Richard was a talented singer, Cantor at the Church of Saint Dominic for 20 years. He was mentor to many and practiced his life and business with the utmost integrity. He was a loving father and an adoring, devoted husband to Bernadette for 64 years, he will be deeply missed.

Share Your Memory of
Richard
Upload Your Memory View All Memories
Be the first to upload a memory!