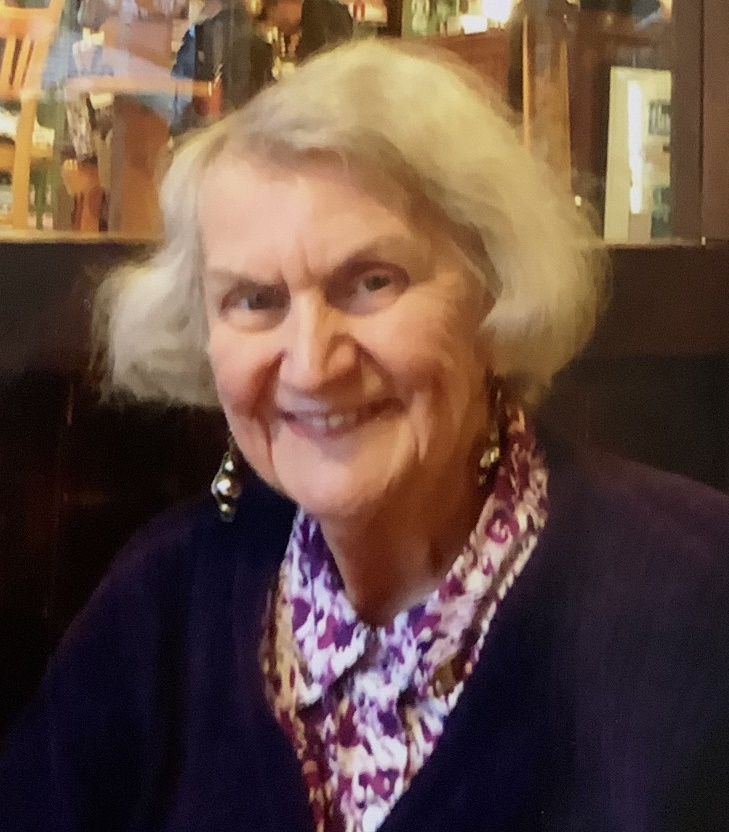 PETERS- Joan M. (88) of Northport, NY, died on Feb.10 at 5:39AM, with family members at her bedside. She was born in 1931 and lived for 17 years in Shenandoah, PA, to John and Mary (Troyan) Lesko. An only daughter, with 3 brothers: Joseph John, John Michael, and later, Thomas Cyril. She was the loving wife of John Carl, and the proud mother of John Michael (Ann) of Saugerties, NY, William Carl (Shirley) of Northport, Joseph Eric (Claire) of Ithaca, NY, and Robert Thomas (Karen) of Needham, MA. Also the loving "Baba" of ten grandchildren: Rachel, Nicole, Dayna, Ethan, Silas, Jessica, Caitlyn, Christopher, Violet, and Bodhi. She married John in 1966 and they moved from Corona to Northport in 1972. Along with John, She worshipped at St. Philip Neri RC Church, Northport, served on Pack 410 and Troop 41 BSA Committees; they founded the diocesan Natural Family Planning Apostolate; contributed to parish and Faith ministries: Religious Education, Marriage Preparation (Pre Cana), Evangelization, Scripture Study, and Faith Sharing communities, Respect Life, and served as Eucharistic Ministers in the parish and at Huntington Hospital. After graduating in 1949 as Valedictorian from J.W. Cooper High in Shenandoah. Joan earned her Registered Nurse Certificate from Temple University Hospital in Philadelphia, PA in 1953, and worked in Temple University and Wolffe Clinic. In 1954 she joined the Navy Nurse Corps during the Korean Conflict and was stationed in Portsmouth, VA, as well as some sea-going trips. She resigned her Lt. J.G. commission in 1956 to work in NYC at Sloan Kettering Hospital, in the Pediatrics ward. Over the next ten years she worked full time while attending St. John's University to earn a BS in Nursing Education and a Masters Degree from Columbia University in Hospital Administration. In 1966 she retired from Sloan Kettering to marry John and eventually raise her four sons as a full-time mother. Visiting hours at Nolan Funeral Home (nolanfh.com), 5 Laurel Ave. Northport Village 11768, Wednesday 2-5, 7-9; funeral Mass Thursday 11 AM at St. Phillip Neri Church, Northport, and burial in the Parish Cemetery on Laurel Road. In lieu of flowers, a Mass Card and/or a modest donation to St. Michael's Ukrainian Greek Catholic Church, 114 South Chestnut St., Shenandoah, PA 17976 may be made in Joan's memory.

Share Your Memory of
Joan
Upload Your Memory View All Memories
Be the first to upload a memory!