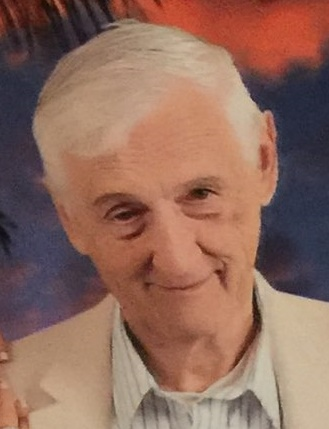 Robert Edward Lee of Centerport, NY, born April 10, 1932 in Brooklyn, NY and passed away peacefully September 17, 2020 with his family at his side.

He leaves behind his adoring wife of nine years Zoraida Lee. For Zoraida, Robert will always be “mi potito”.

The third of five children of John H. Lee and Julia V. Lee, Robert grew up in Queens, NY, graduating from Brooklyn Technical High School. After high school, he was a proud member of the United States Army, serving as Sergeant in the Korean War. Robert earned his Master’s Degree in Recreation from Columbia University. He began his professional career working for City Service Oil Company but felt he was called to serve the youth of the five boroughs of New York and joined the Catholic Youth Organization (CYO) of the Diocese of Brooklyn, based in Jamaica, Queens as their Athletic Director. After twenty-five years of serving the CYO, he continued his passion of working with youth through his position at the Hellenic American Neighborhood Action Committee (HANAC), then as a High School Teacher of American History at Delehanty High School in Jamaica, New York, and then as an Athletic Director for the Brooklyn Navy Yard. He retired in 2005 from Wainlands of New York. Throughout his entire career (over 50 years), he was a Basketball Official with the International Association of Basketball Officials (IAABO).

As a dad, he loved camping, swimming and exploring. He led his family on many adventures. Always looking to be of service to youth, he coached a variety sports. He officiated many sports; from track, soccer, basketball, and baseball and was also a guest sports columnist for the Long Island Press.  He served as a lectern at Holy Child Jesus and played an active role in the Christian Family Movement. Anyone who knew Robert Lee knew of his love of the Arts; museums, plays, and the written word. He was a voracious reader and wrote poetry and lyrics for many songs. He revered the trees, flowers and plants spending many hours creating amazing gardens in his backyard.  What is most memorable about his passion was his love of all music. He was a long time member of the Al Jolson Society, attending conventions and sharing his passion and performing a Jolson or other tunes any chance he could. He sang for a period of time with the Marian Male Chorus of Long Island, performing at nursing homes and a variety of other venues. He loved to learn new things. He took up yoga and tap dancing and learned to play the accordion and tap dancing which led to participating in shows at the Huntington Senior Center.  He loved collecting and took delight in great “finds” at yard sales. As a resident of Centerport for over 30 years, he became an active member of the American Legion, Post 1244 in Greenlawn, NY. He loved marching in parades with his fellow members, and visiting children in full uniform teaching them about the values, roles and responsibilities of the armed services.

There will be private viewing for the immediate and extended family at Nolan Funeral Home. Details regarding the funeral mass (open to all) are as follows:

Flowers and donations in his memory are welcome. Please consider the American Legion Greenlawn Post 1244 @ https://www.post1244.org or to the American Stroke Association, www.stroke.org.

Share Your Memory of
Robert
Upload Your Memory View All Memories
Be the first to upload a memory!