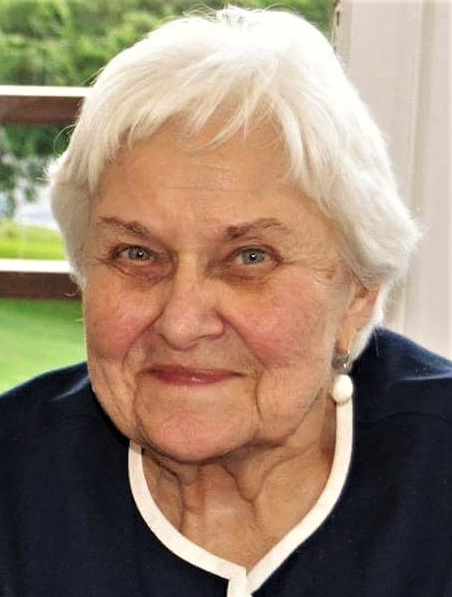 Irene was born on August 15, 1932 to Anna and Michael Timan in Yonkers, NY. She lived in a loving home with Grandparents, Aunts and Uncles. The home was located in what would now be called a ghetto. There she learned several languages so that she could communicate and play with other immigrant children. Her parents owned a grocery store in an affluent neighborhood in the Northern section of the City. It was in this neighborhood that she went to school since they placed children in schools close to where their parents worked! After attending a K-9 school, she went to high school where she met that special person who liked sleigh riding as much as she did. They ultimately were together for some sixty years. Irene graduated from Oneonta State Teachers College and Columbia University with additional course work at Hofstra and Long Island University. She was employed by the Northport Schools as both a teacher and administrator for 32 years and as she said, "There wasn't a day that I didn't want to go to work." She felt that the kids, colleagues, and parents were just terrific and often expressed that those years of employment were the "Golden Years". Upon retirement she and her husband Richard concentrated on their grandchildren, who they adored. They often said each one was her favorite! They would go to baby-sit in some exotic or interesting places like Nepal, Washington DC, Maryland, Vermont, and even Bayport, NY. They often took the kids for an adventure. Irene loved adventures. With Richard, she took them to Alaska, California, Florida, Connecticut, and the best city, New York. Sometimes they just never knew where they would end up.

She also liked parties. It didn't take much to have one, go to one or plan one. She always said make sure that you feed the guests!

Irene loved animals. There were 3 dogs, 6 cats and 1 bird. Both she and Richard cared for them when needed. It seemed that her children, Mary and Steve would go away for a long period with an overseas job and both she and Richard would baby-sit the animals. However, upon their return, they could never get their animals back-mmm! She got much attached to Loki, Puss-Puss, Freya, Spyglass, George, and Thor; the dogs were Rags, Tibabou, Snowflake and above all, Leo. The bird was Peeps. All have passed on but when she got upset or depressed about something, she wrote letters to Leo. That helped her to cope.

God's creatures were her salvation.

Her life was fulfilled. She knew the meaning of love and hoped that her family would know too.

Donations may be made in Irene's memory to a scholarship fund formed in her honor. They can be addressed to Accounting Dept., WJB, Attn: Marie Boitano, 158 Laurel Avenue, Northport, NY 11768 with a check made payable to 'Northport-East Northport UFSD' and 'Irene Taylor Scholarship' in the memo.

Share Your Memory of
Irene
Upload Your Memory View All Memories
Be the first to upload a memory!