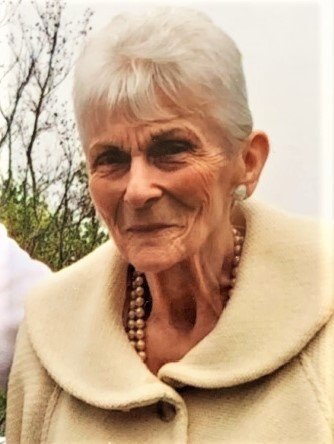 Mom was an enormously strong and driven women, who sacrificed everything for her family. There was almost nothing mom could not do. She had a will made of steel and a resolve that matched. She never gave up and persevered even in difficult times. She was a devoted Catholic and the family was raised within the pillar of the church.

Mom ran the family household and her role as chief financial officer was taken very seriously. Dad worked long hours, working two jobs, sometimes three jobs but she was the one that made the paycheck cover all the needs of the family. Mom made sure her children came first, and they had food on the table, clothing on their back and whatever else was needed. Every Friday and Saturday she sat with the store circulars, cutting coupons and writing a list of where she would shop to save money. She had her own strategy to stretch what dad gave her to make ends meet. Mom was always trying to figure out how she could do something herself to save money when things got broken or went awry. She was a keen problem solver and incredibly inventive. She was able to fix a broken dryer or washing machine, she was a landscaper: cutting the hedges with the electric hedge clipper, mowing the lawn, planting flowers, she would research how to fix things when they broke down, instead of hiring an outside repair person. She would do what she had to, so she didn’t have to spend money she didn’t have.

Mom was also a woman who had creative talents, she had an eye and a gift for design. She was a talented artist and could draw and paint. Unfortunately, she did not invest her time in those hobbies. We wish she did because her portraits were amazing! Her gifts were revealed in her attempts with helping the kids complete their school projects. Mom was an English Honors student in High School and was a master of the English language, always correcting us when we spoke a word incorrectly, or used a verb in the wrong tense, or spelled a word wrong. I always knew I could go to her when I needed someone to review creative writing pieces or help memorize spelling words. She never uttered a word about regrets, but she would have excelled in college, she was so smart. She was very modest about her strengths and abilities.

She was very particular in her esthetic choices. When she did get dressed up (usually for Sunday mass) she had very clear ideas on how she wanted to express and present herself, Mom carefully selected her clothing as well as matching jewelry and accessories. And this carried over into decorating. Mom was a beautiful and classy lady!!! If she had something in mind on how she wanted something to look, she would shop for days, weeks or even months to find what she wanted, she was not one to give up or rest until she found what she wanted.

In her younger years she had great physical strength and was very athletic. She was on the swimming and volleyball team, and dance club in high school. I think she would have liked to have done more, athletically, but her time was always taken up with raising a family. She did very little for her own enjoyment and didn’t have time to build friendships, only acquaintances that were usually parents of our friends. Perhaps chatting a bit when bumping into them at church or when we got dropped off at a friend’s house. She did have a childhood friend, named Viola who remained her friend throughout her life.

Because she was always doing 100 things at once, she often would put something down and could not remember where she left it. Namely the keys to the car.  This became an ongoing and problematic issue that was coupled with the fact that she was ALWAYS LATE….. for EVERYTHIING!!! The kids would often say that she would be late for her own funeral.

Many health complications in her late years led to living in constant pain that she somehow endured.  Mom suffered for far too long!!!!!

Mom was a woman of sacrifice, always putting her family first.  She passed on her strength onto her kids, grand kids, and great grand kids. Her will and resolve has been seared into each one of us and lives on.

Right up to the end, mom did it her way!! Can’t imagine her doing it any other way!!!!

We are all grateful that by her choosing to finally let go and accept gods hand she is now at peace and no longer suffers. We can take comfort in knowing she is not in pain any longer and has joined our father, William, our bother John, and grandparents Hugh and Eileen Byrne.

Share Your Memory of
Dorothy
Upload Your Memory View All Memories
Be the first to upload a memory!