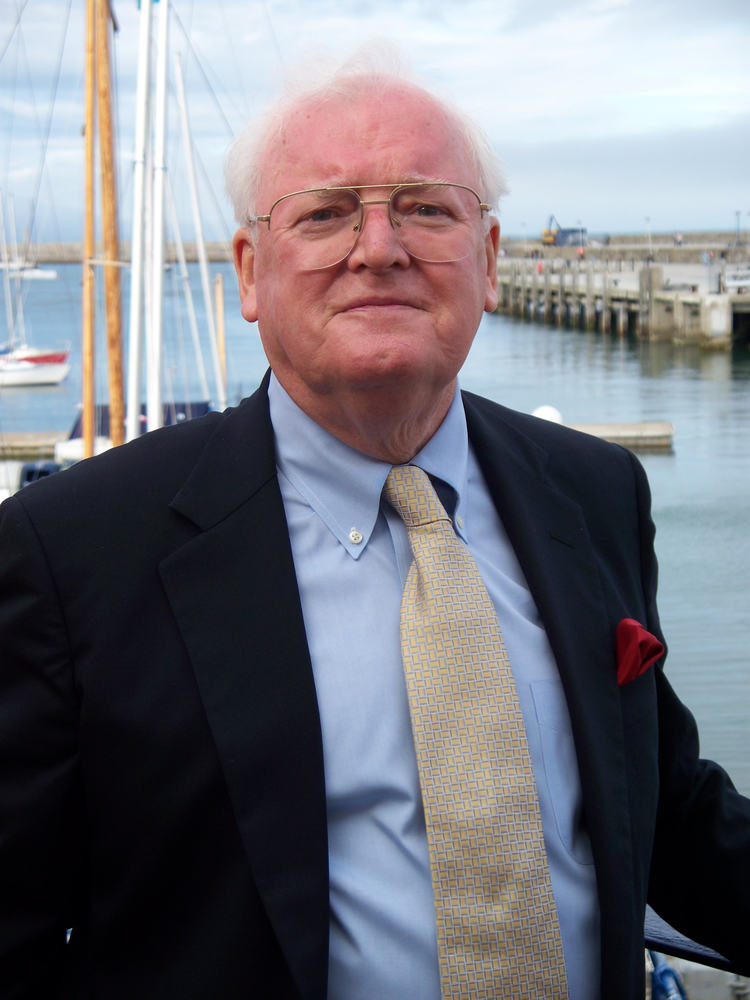 Born March 15th, 1933 in Dublin, Ireland with his twin brother Stephen to Rose and John P. King.  Brother to Patrick, Maureen and Eamon King.  John met his one true love Maria in 1969 and they married in 1970. He is survived by Maria, their three sons Michael, John, Andrew, and Andrew’s wife Patricia.

John traveled by boat from his home in Ireland to the United States in 1956. Soon after, he began a 25-year career at GM in their Finance department.  In 1983, at the beginning of his retirement years, John joined the sales team at King O’Rourke Cadillac dealership. He worked there for more than 37 years until his passing.

While a parishioner during the 70s and early 80s at St. Kevin’s Catholic Church in Queens, NY, John donated his time to the Parish Council and was a Eucharist Minister. In 1984, John and Maria moved to Huntington, NY where they both continued to donate their time to the church as Eucharistic Ministers. A passionate and conservative Catholic, John’s faith grew as he grew in age. He was a man among men with whom honor was sacred and virtue was safe.

The real joy in John’s life was his one true love Maria. He would repeatedly say to any and all who would listen, “Maria saved my life and gave me EVERYTHING I have. Anything good in my life came from Maria.” John still found that joy in Maria in his later years by visiting her and reading Scriptures to her every day.

John’s passion for reading was unparalleled.  At one point, he was known to read three books a week. He donated used books to family, friends and charities. He began writing his own work (poems and short stories) in his 50s. He even continued to hone his skills with a writing group during the pandemic over Zoom calls.

John was the life of the party. He was also a devoted husband, a strong father and uncle, and a good friend. John taught his sons how to laugh, enjoy life to the fullest, respect their fellow man, be honest and trustworthy, and give back to the world.

John was able to have a full and long life due to his love for his family and his passion for life itself.

In lieu of flowers, and to continue John’s passion of charitable giving, the family asks that you donate in John’s honor to Wounded Warriors, The Parkinson’s Foundation or St. Jude Children’s Research Hospital.

Share Your Memory of
John
Upload Your Memory View All Memories
Be the first to upload a memory!