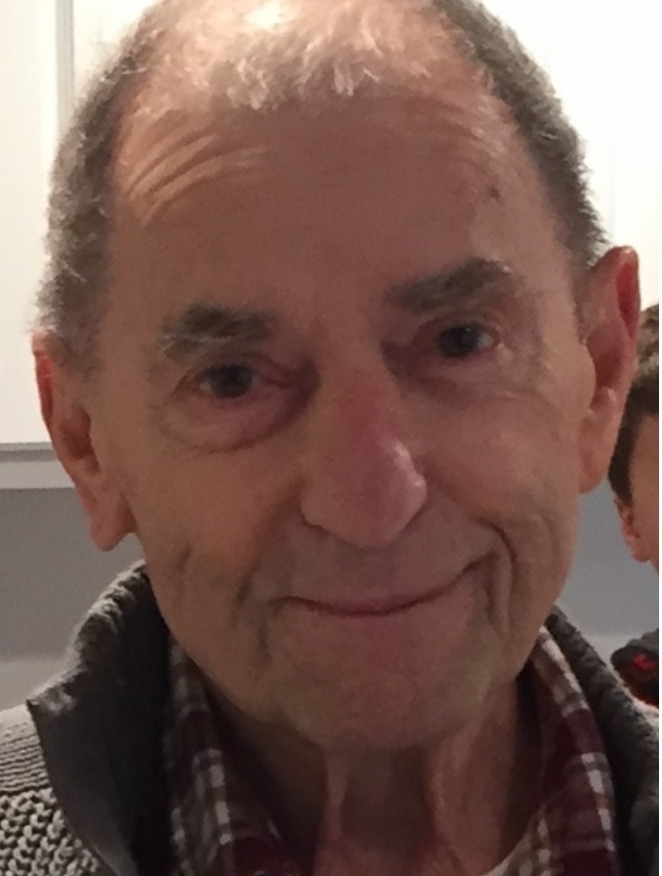 Obituary of Frank A. Nostro

Frank was born to Italian immigrants Rosario and Maria on May 11, 1928 in Greenwich, Connecticut, on the border of Port Chester, New York. This was a heavily inhabited area of poor Italian immigrants in those days. Frank had an older sister Santa and a younger one, Rose.

Frank had fond memories growing up on Pemberwick Road playing baseball and swimming in the nearby creek with his friends.

Rosario had a traveling food vending business, mostly fruits and vegetables. During the thirties, he and Frank would make and deliver sandwiches to road construction workers that were building the Hutchinson River Parkway. Frank remembers one night on the way home the lights in their truck went out and his father had him hold a flashlight from the hood.

In 1940, Frank’s Mom passed away. In 1942, Frank’s father contracted tuberculosis and was sent to a veterans hospital. He remained in the hospital until his death in 1947. Sadly, the children were unable to visit their father during this time.

In 1942, the welfare department arranged to have Dad and his sisters move to a kind of farm/orphanage/school, Hillcrest School.  A math teacher at Hillcrest, Frank Sweet, took a liking to Dad and offered to take him in.  In 1943, Frank moved with the Sweet family to Bath, New York where he went to Hastings High School from 1943 – 1946. He was the only Italian in the school, but the other kids must have really liked him. They voted him class president and he was the captain of the football team.

Frank enlisted in the U.S Air Force in July 1946, served 3 years, and upon discharge took advantage of the G.I. bill and enrolled in Hobart College where he spent the next 4 years. He graduated with a degree in economics.

He met his wife, Irmgard, in the summer of 1952 while both were working a summer job at a camp in Raquette Lake, upstate New York.  They married in 1953.  Frank had a long, successful 50 year career at Equitable insurance (later called Axa).   Their first home was in Richmond, Virginia where their first 3 children were born - Therese, Christine and Frank Jr. The family then moved to Long Island and had homes in Lindenhurst, Amityville, and then six years in Ashland, New Jersey, where Frank worked in Philadelphia, Pennsylvania.

In 1970, the family moved back to Long Island. They chose Northport, New York as their final home. Their youngest child, Paulette, was born in 1973.

In recent years, they took great pride and joy in being active in the lives of their 6 grandchildren and 2 great-grandchildren.

Frank was a quiet, reserved, thoughtful man full of tremendous integrity and was very family centered. He had many interests including reading, sports, history, meteorology, economics, and political science.  He was known for his honesty and kindness, always willing to help and care for everyone.

Frank was intelligent, curious, non-judgmental, hard-working, responsible, pragmatic, loving and kind. He will be in our hearts forever and greatly missed.

Share Your Memory of
Frank
Upload Your Memory View All Memories
Be the first to upload a memory!