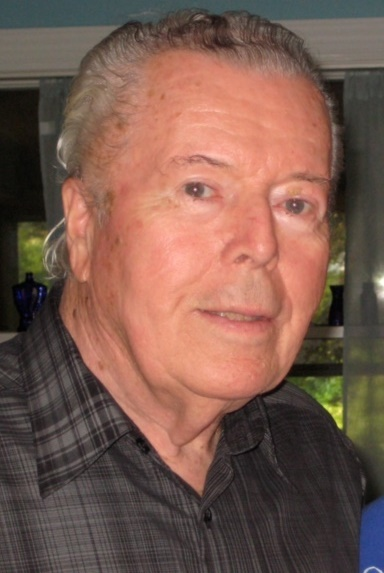 In Andrew's memory donations to VNS Hospice of Suffolk or Little Shelter Animal Rescue and Adoption Center, would be appreciated by his family.

Andrew Joseph Patane Jr., of East Northport, New York, passed from this life on Thursday, March 11th, in his 91st year, with his beloved wife of almost 65 years, Marie (Nevins) by his side. Andrew was a US Army Veteran of the Korean Conflict, and a proud member of the New York City Police Department.

More than the traditional biographical story of Andrew's life, his family would like to attempt to convey the uniqueness of this remarkable man. Andrew had an infectious charm, a magnetic personality, and a desire and ability to connect. This combined with the essential goodness and strength of character that poured out of him, made every single person Andrew met drawn to him. It was astonishing to see at times. Everyone loved this man, wanted to be held in esteem by him, and will never ever forget how wonderful it was to be in his presence.

Andrew had an unerring sense for the character of others. He was the moral compass for his large family. That makes him sound quite serious, but spending any time with Andrew revealed the ease and humor that also defined him. You might say he exhibited the best qualities of his parents: his mom's incredible warmth and irreverent sense of humor, and the natural elegance of manner and confidence of his father.

Born and raised in Flushing, NY, Andrew's life was deeply influenced by growing up during the Great Depression and being a young teenager throughout World War II, as well as by his father's illness during that time. Love of family, love of country, enduring love for his many four-legged friends.

Andrew became then what he would be for his whole life: a faithful servant and protector of his family. The deep love and fidelity he practiced in his quiet and modest way, modeled for his children the true meaning of a life of service.

Andrew's abiding love for Marie was demonstrated every day for over six decades.

Andrew is also survived by his six daughters and their families: Theresa Patane of Los Angeles, CA; Margaret Patane & Jan Friberg of Stockholm, Sweden; Kathleen Patane of East Northport; Mary Patane of East Northport; Ann (Patane) & David Harvey of Fairfield, CT; and Patricia Patane of East Northport. "Pop" was adored and idolized by his grandchildren: Andrew Crowley, Callan Sortelius & Shagha Foughani, Terence Patane-Ronan, Theresa (Nobs) & Brian Mulligan, Kevin Nobs, Robbie Harvey, and Mary Harvey. Andrew's great-grandchildren are Killian, Ellie, and a little Mulligan soon to be. Andrew was predeceased by his remarkable and beautiful parents: Andrew Joseph Patane, Sr. & Anne (Lally), and his beloved brother James K. Patane (S.J.). Andrew shared a long life of fun memories with his large extended family, including first cousins Catherine Tsea, Marilyn McHugh, John and Bobby Patane, Trudy Ferrari, and their families. "Uncle Andy" was adored by his beloved Marie's relations, including the Nevins, Hoehn, Pyres, Meier, and Callan families, as well as by Marie's siblings. During their long life together in Northport, Andy and Marie cherished their many friends as much as if they were family. An ever-widening circle of friends from younger generations came to appreciate that to be known and loved by Andrew Patane was an honor indeed.

Share Your Memory of
Andrew J.
Upload Your Memory View All Memories
Be the first to upload a memory!