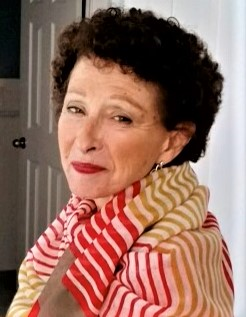 The funeral service will be streamed live on Wednesday at 12 PM. If you wish to view the prayers at the funeral home please follow this link: sandy.watchhere.live/

Sandy graduated from Fox Lane High School in Bedford, N.Y., then studied and graduated with a degree in English and French from N.Y.U. in 1968. During her junior year at N.Y.U., she spent her summer in France to study at the Sorbonne University and immersing herself in everything French. Upon graduation from N.Y.U., she started her teaching career in the New York City Public School System teaching French. She also received certification as an English and Spanish teacher. In 1980, Sandy was hired at the Kings Park School District in the Middle School as an English teacher. In 1996, she was appointed to the Principal of the Alternative High School. In 1999 and until her retirement in 2007, Sandy was the Assistant Superintendent of Personnel and Curriculum.

Prior to retiring, Sandy was an Adjunct Professor for new teachers at Stonybrook University and continued to do so after her retirement from the School District. She was a creative kid-centered educator whose leadership as a teacher and administrator brought many innovative changes to the Kings Park School District. Her creativity was reflected in her fashion flair, her published works, and her love of languages.

On July 1, 2015, Sandy was fortunate to undergo a successful heart transplant. In 2020, Sandy was diagnosed with kidney failure which ultimately led to her passing in 2021.

Sandy was fortunate to find the love of her life in her husband Tom. Together, they enjoyed a busy and productive retirement in New York and Florida replete with travel, book and movie clubs, and visits with friends and family. When she wasn't busy playing Words with Friends and Mah-Jong or working with the League of Women Voters, she could be found casino hopping with her son Richard.

The family would like to thank the Montefiore Hospital transplant team, headed by Doctor Ulrich P. Jorde, as well as all of the doctors and nurses at Montefiore Hospital, Doctor Jeff Matos (Cardiac Electrophysiology) and Doctor Michael Brodherson.

The family will hold a celebrationg of her life at a later date, hopefully this upcoming summer.

Share Your Memory of
Ruth "Sandy"
Upload Your Memory View All Memories
Be the first to upload a memory!