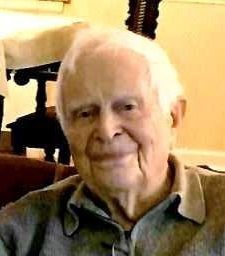 He was a man of humble roots who charted a course through life that touched and enriched the lives of many.  From his youth growing up in a cold water flat in Brooklyn, New York, he rose to become a man of extraordinary business acumen with a boundless penchant for problem solving. Entrepreneur, inventor, and holder of multiple patents in his lifetime, he found no challenge too great, no field of endeavor too daunting.  But, while he achieved much as a businessman, he relished his role as family patriarch more than anything.

After being honorably discharged from the Army in 1946 following the war, Charles began his professional career at Airborne Instruments Laboratories in 1950 as a design engineer where he designed countermeasure systems for military use and later optical scanning systems for cell identification and cancer diagnoses.  In 1956 he joined Acoustica Associates and as chief engineer oversaw the design of propellant utilization systems for use in Intercontinental Ballistic Missiles. But his life as an entrepreneur began in 1959 when he joined with the late William McGowan (founder of MCI) to form Powertron Corporation.

Under his guidance, Powertron developed and manufactured a broad range of systems, including ultrasonic equipment and products widely used in industry, aerospace, military and medical and biological fields. Among the many proprietary systems developed at Powertron were Staging Operation (separation technologies) for the Titan missiles, missile tube voiding systems on Triton, Polaris and Poseidon class submarines, telemeter instruments on B52 aircraft, and other military applications.  Charles resigned from Powertron to form his own company, Artek, in 1970.  Artek designed and manufactured video processing systems for image analysis and pattern recognition used extensively in the medical, biological and cancer research fields. Charles was President of Artek from its inception until 1981 when he resigned. From there he formed his own consulting firm; engaged in several venture capital projects; invested in an amphibious equipment company in Louisiana, Wetlands Equipment Company; and focused on the development and monetization of patents for the aging of wine using ultrasound and for tartar removal dental products.  Until his death, at the age of 97 he remained involved in the operations of Wetland, even as he resided in the Long Island Veterans Home.

Charles’s passion for business was matched by his intense love of family.  He was a devoted husband to his first wife Harriet, who predeceased him, and to Patricia, his second wife, who also predeceased him. He was a loving father to Margaret Ann Bensin and Barbara Leonhardt.  He is remembered fondly by his grandchildren Jennifer Worthington (Ted), Stephanie Levine (Lloyd), Robert F. Bensin, Jr. and Jacob Hason. He cherished his great grandchildren Samuel, Arthur, Hunter and Paige.  He was a caring uncle to Linda, the late Kathleen, the late William, Mary Ellen, Karen and Thomas. Charles is warmly remembered by his stepchildren Mark, Bruce, Sean and Gail. He is survived by many loving grand nieces and grand nephews.

Share Your Memory of
Charles
Upload Your Memory View All Memories
Be the first to upload a memory!
Share A Memory