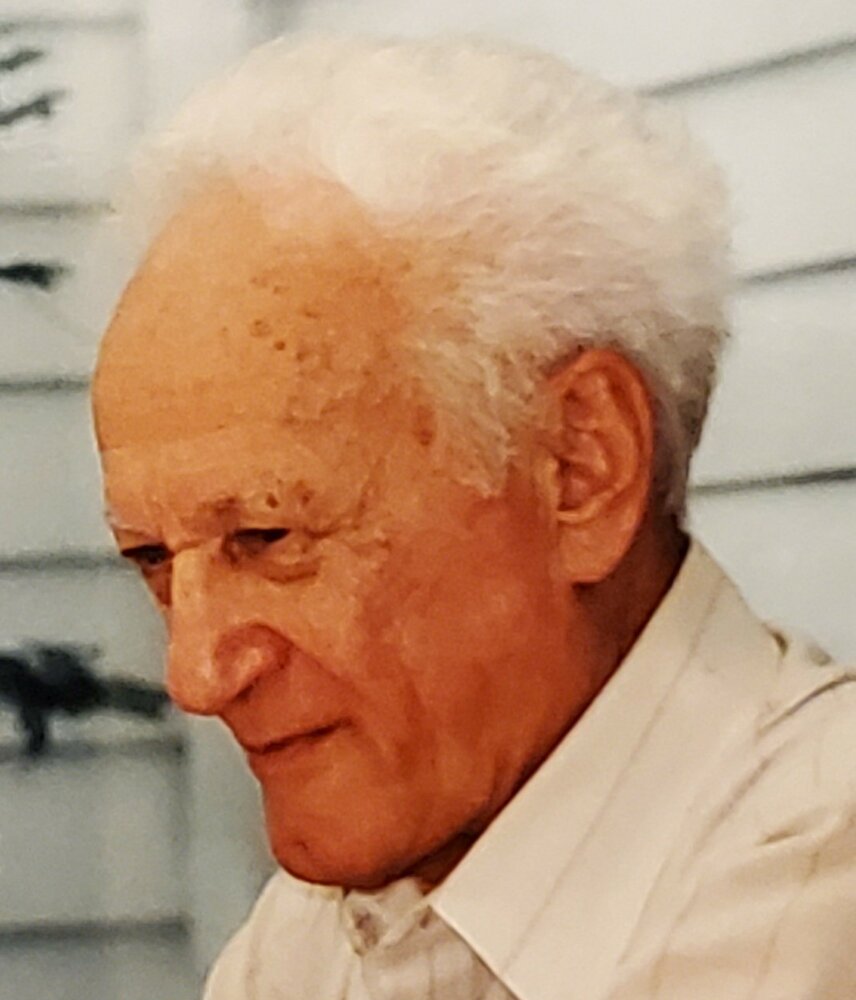 PINTO – Sebastian Peter, of Fort Salonga, New York, passed away on August 24, 2021, at the age of 97. He is reunited with his beloved wife of 62 years Lorraine, and his cherished daughter, Lorie Anne, who predeceased him.

He is survived by his adoring children, Mark, Susan and Barbara, children-in-law, Kim, Ron and Gay, Nick, his loving sisters, Rose and Josephine, and his cherished grandchildren, Cameron, Paige, Taylor, Alec, Tristan and Austin. Another beloved sister, Marie, predeceased him.

Our father was born on November 1, 1923 in San Fele, Italy, to Domenico and Filomena Pietropinto. When he was four, his family relocated to Greenwich Village, where he thrived in a close-knit community. He developed his strong work ethic early on, running chores and errands and focusing on his studies, while also taking time to have fun: playing stickball, roller skating around the city (often while hanging on to moving cars) and going to Yankee games when he could.

Following his graduation from Stuyvesant High School, our father enlisted in the Army, and then proudly served in Europe as a member of the 63rd Infantry Division, Canon Company, 255th Infantry Regiment, in the process earning a Bronze Star with Valor for acts of heroism involving conflict with an armed enemy. Still, if you asked him, he would tell you he was most proud of his Good Conduct Medal.

After graduating St. John’s University, he spent most of his career working as a physicist and engineer for the defense industry. In 1958, he married our mother, Lorraine, whom he had long known he wanted to spend his life with. They made their home on Long Island, where they raised their family.

During his lifetime, nothing was more important to our father than his family. He was a role model, a teacher and a friend. He taught us how to ride a bike, play baseball and make pancakes (using his secret pancake recipe), and tutored us with great patience in math. As we grew older, he offered advice on family and career: “do your job well… but also always look to see how you can do it better.”

When it came time to retire, he took classes on gardening, got involved in home carpentry projects, fixed more than one clunky car, and spent time with friends. He could also be found in the kitchen, as assistant chef to our mother, or as cooking instructor, teaching us how to make some of his cherished childhood foods. Even after a bad hip slowed him down, he still found a way to do the things he loved, including picking up Sunday bagels and fixing any broken object you brought to him.

But hands down, his favorite way to spend his time was with his grandchildren (their Pop-Pop), whether it was walking them to the bus stop, driving them to school, or filling in as babysitter when needed (a lot).

Following a lengthy illness, our father peacefully left this life surrounded by loving family and friends. He was a man of character, dignity and strength. With his passing, we lost a great father; the world lost a great man.

He was simply the best. We will love him always.

Share Your Memory of
Sebastian
Upload Your Memory View All Memories
Be the first to upload a memory!
Share A Memory