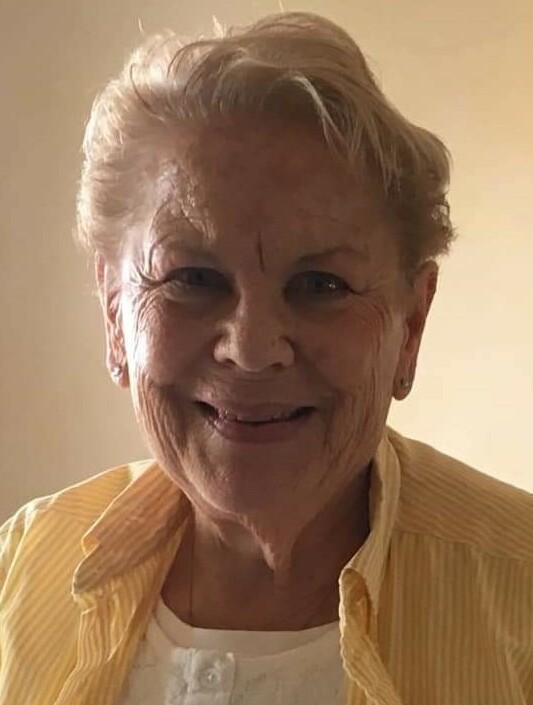 Eve Anne was born on March 10, 1946, to Frank and Veronica Palevicz, their first born, in Bethlehem, PA.  She moved to West Orange, NJ, at age 8, where she attended Our Lady of Lourdes elementary school and then 2 years at East Orange Catholic High Schools.  After moving to Centerport, Long Island at age 15 she attended Harborfields High School.  Upon graduation, Eve Anne began studies in biology at Franciscan University of Steubenville and later transferred to the University of Rhode Island, where she obtained her bachelor’s degree in education.  At age 23, she married Charlie Terry. Their passion for boating was reflected in choosing a boat for a permanent dwelling. Eve Anne taught costumes, props, and set design in collaboration with her dear friend, Frances McGarry, for over 20 years at Northport High School’s Theatreworks and Troupe students with productions ranging from Ionesco’s The Bald Soprano to Shakespeare’s The Tempest.  In addition, she was Costume and Prop Director for the after-school Powdered Wigs musicals and the musical theatre after-school program at Northport Junior High.  Powdered Wigs productions included My Fair Lady starring Edie Falco and David Troup, Brigadoon with Marie Michalopolous, J.P. Groeninger, Steve Gold and Kim Iannuzzi; Anything Goes Monica Perkins as Reno Sweeny, Craig Clare, Charlie Pellegrino; South  Pacific with James Conner, Lisa Bruno and Steven Scheschareg, an internationally renown opera star. Her capacity to generate the highest levels of professionalism was not lost on anyone who had the opportunity to work with her in the classroom or behind-the-scenes. Her passion and inventive creative artistry touched many lives in and around the Northport community.

After retiring, Eve Anne moved to Tampa Bay, Florida, for a short time and then relocated to Rocklin, California, to live close to her dear cousin Nancy. There she found and nurtured many close friendships, especially with Carla and Kathryn, and volunteered in the community. Her sense of humor, creativity, wit, and wonder enriched the lives of all she loved.

Eve Anne was predeceased by her parents, Frank and Veronica Paley and her younger brother Vincent. Survivors include her brother, Michael Paley, his wife Katarina, niece Maria, nephew David, Uncle Paul Bindas and his family and many cousins.

A Mass of Christian Burial will be held at the Catholic Church of St. Philip Neri, Northport, on Saturday, October 30th at 11AM with internment immediately following at St. Philip Neri Cemetery.

Share Your Memory of
Eve Anne
Upload Your Memory View All Memories
Be the first to upload a memory!
Share A Memory