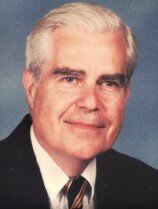 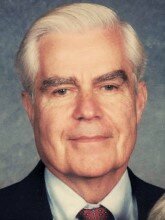 Born in Flushing on October 20, 1934. He passed away November 14, 2021, and is survived by his beloved wife, Deirdre M. Butterfield, his daughter Caroline Butterfield Colgan (Bernie), his son Thomas Butterfield, and his daughter Li Ann Butterfield Watson (Matthew), as well as his grandson Matthew Butterfield. Ken also leaves behind a host of loyal Siamese cats.

A lifelong musician, Ken played trumpet in the U.S. Military Academy Band at West Point during his military service. After graduating from college and law school in 5 years, his early legal career was in the field of maritime law. In January 1973 he became the Town of Huntington’s first full time Town Attorney. In 1975, he was appointed by the Town Board to fill the vacancy in the office of the Supervisor, and after was returned to office in 1977, 1979 and 1981. Following his tenure in public office, Ken began private practice first as a partner of Armstrong and Butterfield, and then Butterfield and Butterfield.  Towards the end of his career, he served on the Northport Village Board of Zoning Appeals.

Ken was known for: having pioneered the first town mass-transportation bus system (HART); for building the first senior citizens housing in Huntington, after having successfully defended the senior citizen zoning classification, while simultaneously expanding senior citizen services; for his fight in Federal Court to ban the dumping of toxic fill into the Long Island Sound; for adding in excess of 2000 parking spaces, including the construction of a multi-level commuter parking facility; for consolidating offices into one location and reorganizing the Town government pursuant to Suburban Town Law; and for implementation of nationally recognized programs for youth services and environmental protection.

Ken enjoyed playing trumpet with his Dixieland jazz band, the Isotope Stompers, across Long Island for many decades. He enjoyed overseeing the construction of the Harry Chapin Rainbow Stage and was the first to play on it upon its completion. In lieu of flowers, donations to Long Island Cares (the Harry Chapin Food Bank) (licares.org) in Ken’s memory are appreciated.

Share Your Memory of
Kenneth
Upload Your Memory View All Memories
Be the first to upload a memory!
Share A Memory