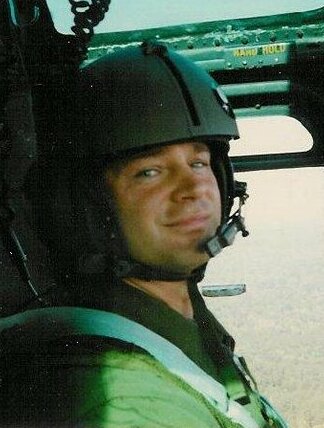 John Steven Goddard, beloved only child of the late John R. and Maxine Goddard (Kenny), passed away in his sleep on December 11, 2021.  John was 64.

John grew up in Huntington NY where he attended Harborfields Central School District #6.  In high school, John was a varsity athlete, excelling in both football and lacrosse.

John’s first 4 year degree was in Psychology from Kings Park Psychiatric Hospital. He then attended the New York Institute of Technology, where he earned his Bachelor’s degree in Technology, followed by his Master’s degree in Strategic Technology Management from Polytechnic University.

In 1983 he was an Adjunct Professor in Digital Science at NYIT.  It was there that John discovered his passion for aviation.  With the encouragement of his mentors, John was offered the position of Aviation Test Engineer with Gull Aviation Corp.

Working with Navy pilots, John was inspired to fly military aircraft.  He applied to the US Army and was accepted into the Army Aviation Program.  He attended Warrant Officer Candidate School (WOCS)  at Fort Rucker, Alabama, where his 1988 graduation was held at the United States Army Aviation Museum. Shortly after WOCS,  John started Flight School at Fort Rucker, graduating at the end of 1989 as a UH-1H Huey Pilot. He was part of an elite reserve group known as the Winged Warriors until 1998, achieving the rank of Chief Warrant Officer 2, (CW2).  His nickname was ‘Cool Breeze’.

While in the Army Reserves, John worked for Bell Atlantic in NYC as a Manager Trainer, and then as an Independent Contractor and Consultant.

John always had a love for sailing, and bought his first sailboat before he was 20. His dream for retirement was to sail the eastern coastal areas in the summer, and have a home in New Hampshire in the winter. His other hobbies included surfing, scuba, cooking, motorcycles, and pampering his cherished Giant Schnauzer, Esme.  He also enjoyed good cigars with good friends.

John leaves behind a multitude of friends,  all of whom appreciated and admired his intelligence, witty sense of humor, kindness, and generosity of spirit.  His genuine smile and magnetic personality will most certainly be missed.