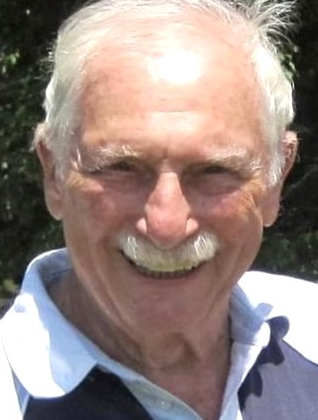 In Edwin's memory donations to The Wounded Warriors Project would be appreciated.

Ed was born in Brooklyn to Edwin Lyle Wells, Sr. and Jeanette Wickes Wells, the third of four children, and grew up on Avenue J. He graduated from Midwood High School and then worked at HJ Heinz taking tomato orders, stocking shelves and selling baby food. A lover of airplanes, Ed wanted to join the Air Force but while he was waiting for their reply he was drafted into the US Army. Always the good soldier and looking for some extra pay, he was invited to join the 82nd Airborne as a paratrooper, receiving an extra $150 per jump. He was proud of his service and never went anywhere without his 82nd Airborne cap, eliciting comments galore.

Once out of the Army, Ed moved to his parents’ house in Freeport, NY where he got a “bench job” on the assembly line at Sperry Gyroscope. Eventually Sperry sent him to MacArthur Airport to install and repair airplane equipment and his first career in the aerospace industry was borne.

Ed was introduced to the vivacious Doris Hubbard by his sister Betty (Elizabeth) and they married on Aug. 5, 1956, moving out to Fort Salonga, Long Island to the home that Ed designed and where he spent his last days. He went to night school on the GI Bill, first to Pratt Institute, then received his BS in Mechanical Engineering at Long Island University while raising his young family. Ed went on to Stony Brook University to earn his Master’s degree in 1977.

In 1966, Republic Aviation, where Ed worked first as a draftsman and then an engineer, recruited him to work on the design of the wings of Boeing’s new 747, and so the young family went off on an adventure to live in Seattle for a year. When Republic went bankrupt in the 1970s Ed got a job teaching physics and engineering courses at Sewanhaka High School in Floral Park, NY. He was soon a beloved and excellent teacher, famous for incorporating Gumby, the bendable character, into his lessons and earned the Teacher of the Year award. Ed made a deep impact on his students, with his real world application of physics principles and using the adage “Physics is fun!” Ed was a hard worker and taught at night at Nassau Community College. Summers were often spent working with his brother John.

Ed was a creative thinker and consummate builder. A lover of boats and lakes, he built his first boat “The Flitter” while still in high school. His boyhood summers were spent at Lake George with Uncle John and Aunt Ruth Wells. There were many stories of camping on the islands with his buddies and storing their canoes under the road while they visited the bars. Every summer he loved to visit Lake George and show us the spot where they hid the canoe.

His dream to own a lakeside cottage was realized when he and Doris bought four small cabins on Lake St. Catherine in Wells, Vermont. Ed spent his time renovating each one and winterizing the main house. The extended family had many joyful memories gathering at the lake where brother John also owned a home across the way. The children enjoyed parties there during their college years as well as ski trips to the area. Ed loved his boats and fished off the dock, taught the children to sail, and filled the cabin with various taxidermy.

Ed was resourceful and busy fixing everything from cars to jewelry, doing his own plumbing and electrical repairs. He built furniture, made lamps out of driftwood and intuitively understood how things worked. He was an inventor, tinkerer, determined, loyal and kind-hearted. He could be gruff but wise and generous, rugged on the outside but soft on the inside. Ed was an introvert at heart although his dry sense of humor was evident with his easy banter among family and close friends. He never missed a day of work and would fight to pay the restaurant bill. He was dependable, self-sufficient and independent. Ever the recycler and bargain hunter, he was unable to pass up a garage sale and filled his three homes with things he might make use of someday.

Together with Doris, he enjoyed his retirement, reluctantly but willingly traveling the world, going on cruises and flitting between Vermont, Florida and NY. Ed will be missed by all who loved him and appreciated his many talents. We can’t imagine this world without him but know he is with his beloved wife Doris. We love you so much, Ed Wells, and will miss you forever!

Visiting to take place at Nolan Funeral Home, Thursday, 1-4 PM with a service to be held at 3 PM. Family and friends will gather at the funeral home on Friday at 10:30 AM for a prayer at 11 AM before processing to Northport Rural Cemetery for the final committal and rendering of US Army Military Honors.

Share Your Memory of
Edwin
Upload Your Memory View All Memories
Be the first to upload a memory!
Share A Memory