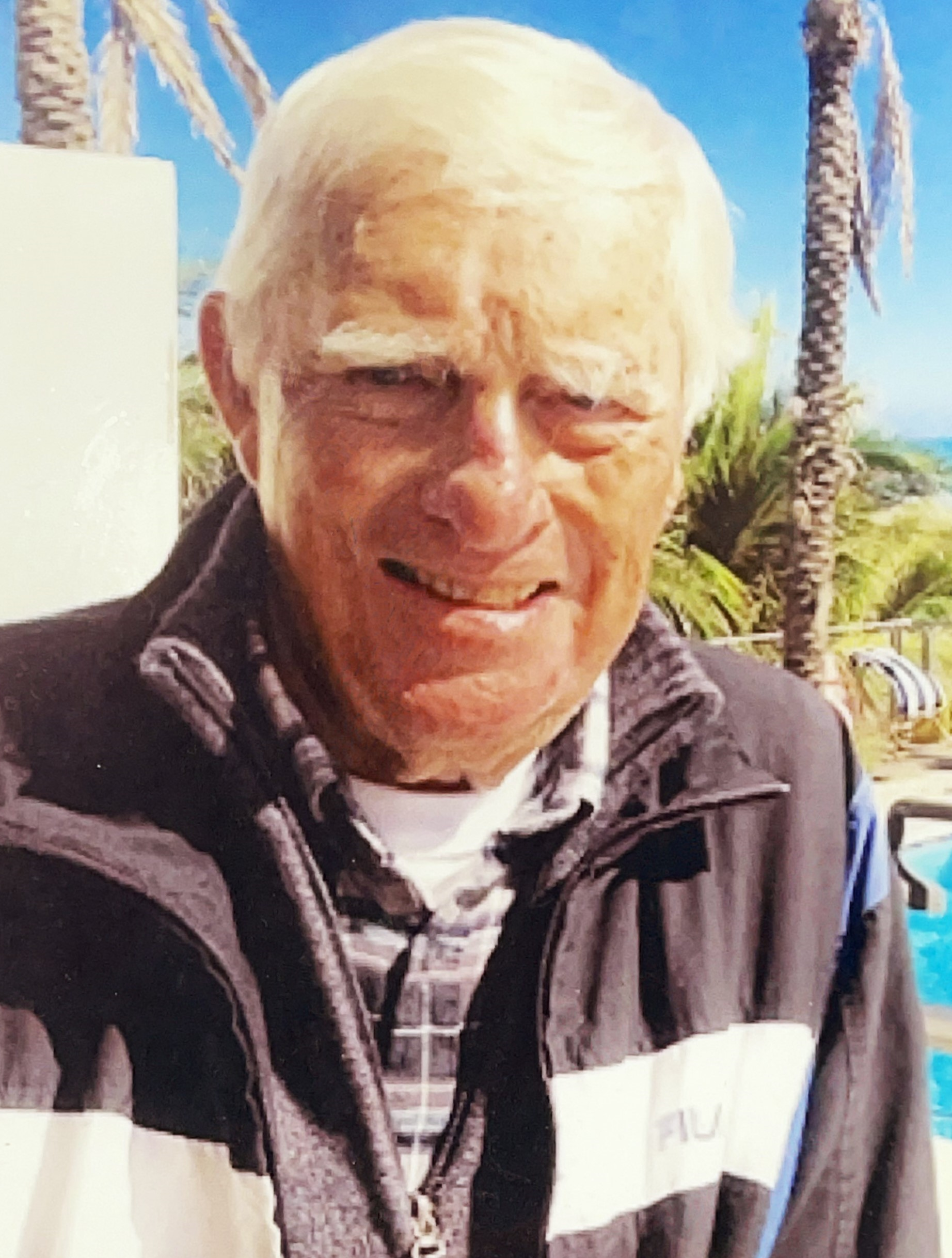 Arthur M. McNamara, born October 29,1928 in Brooklyn NY, passed peacefully at his Northport home on November 27, 2022 with his wife, Vivienne Lacey McNamara, by his side.  The cause of death was a long, full, and good life.

In addition to Vivienne, Artie is survived by six children, 19 grandchildren and 17 great-grandchildren.  He was predeceased in 1981 by his wife, Maryann McTighe McNamara.

Artie earned the “Sunshine Kid” moniker from local sportswriters in Brooklyn, NY, where he excelled at baseball and basketball in high school.  Recruited by St. John’s University’s legendary coach, Frank McGuire, in 1948 to play basketball, he went on instead to a “Hall of Fame” basketball career at SUNY Cobleskill.  His high scoring helped to win games and championships, but his reputation was built on his personality.  As one writer put it, “The ‘Sunshine Kid’ does it again: Aggies’ victory leaves adversaries laughing and shaking their heads.”

Following college graduation, Artie set about finding the right place to raise a family beyond the confines of the city, finally settling in his dream locale, Northport, in 1960.  He believed Northport to be the perfect place to instill in his children a love of education, sports and the water.

Artie embedded himself in the Northport community professionally through a career in sales and commercial real estate, and athletically by taking up tennis at the Northport Tennis Club.  Like his basketball exploits, his tennis game generated lasting friendships with partners and opponents alike.  Artie, along with his soulmate and tennis partner, Vivienne, ruled the courts – benevolently – for more than 40 years

A celebration of Artie’s life is being planned for the spring – when the tennis courts have been made ready and the fish are running.

Donations can be made in Arthur's name to:

Share Your Memory of
Arthur
Upload Your Memory View All Memories
Be the first to upload a memory!
Share A Memory