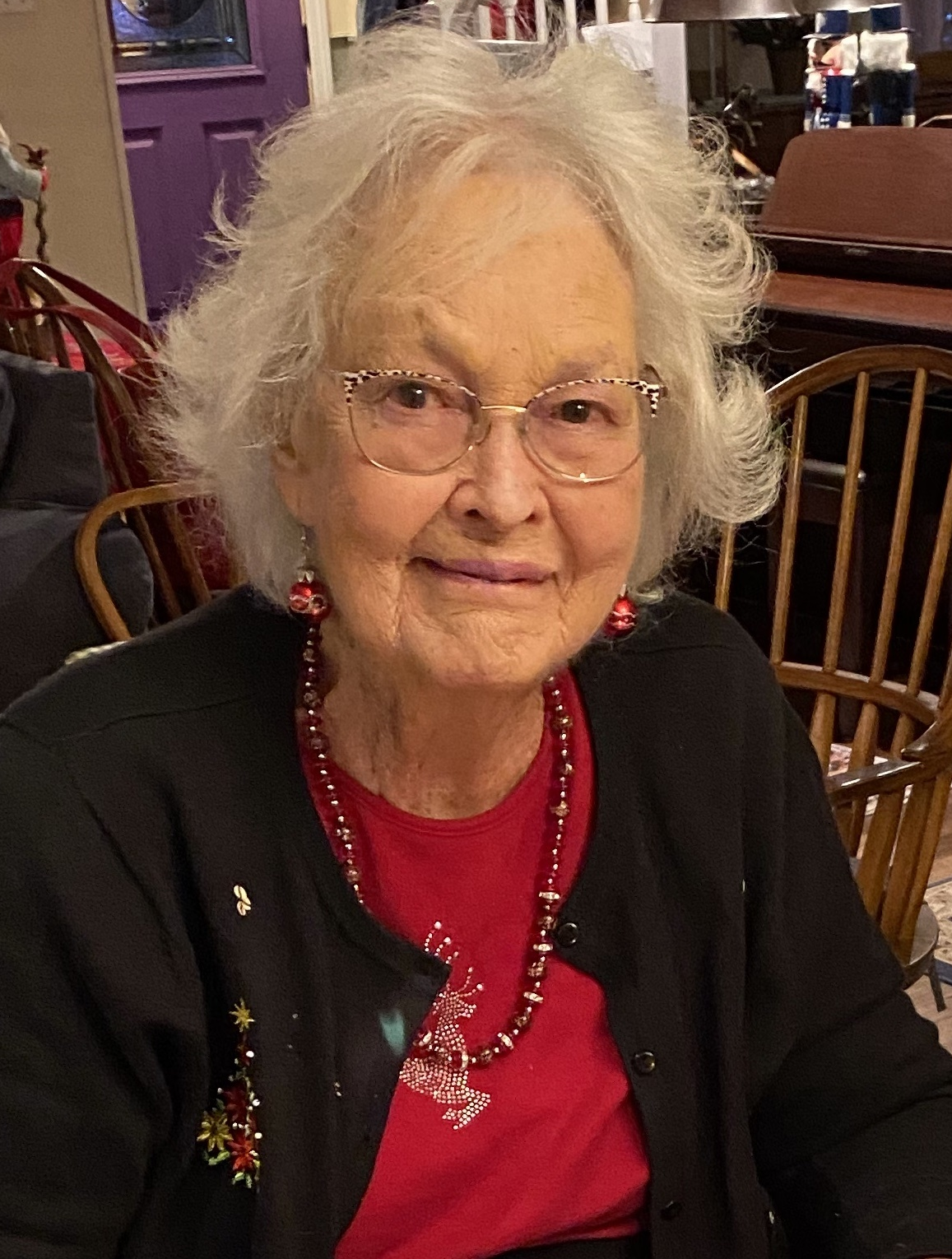 Patricia deKnight Frankemollé of Northport on June 26, 2022. Born in East Orange New Jersey to Alice Grogan and Edward William deKnight on December 20, 1927. Pat was orphaned at a young age and was brought up by her mother's family, 2 aunts, 2 uncles and a grandmother, in Wilmington Delaware. Pat enrolled in the nursing program at Adephi College in Garden City, NY as a Cadet Nurse, she graduated in June 1949 with a Bachelors degree in nursing. Pat worked as a nurse in many different areas. Pat married John Frankemollé in February 1950. John and Pat were blessed with three daughters whom they brought up in Northport. Pat worked part time when the girls were little and later taught Practical Nursing at the L.A. Wilson Technological Center (BOCES) where she remained for 20 years. Upon retirement she and John moved to North Haven, Sag Harbor. During retirement she worked part time as a travel agent and was active in village affairs and served as a trustee and on many committees. Pat was an enviornmental activist, she was interviewed on 60 Minutes by Steve Kroft regarding the deer problem. Pat also served an an elder at the Old Whalers First Presbyterian Church and was a charter member of the hand bell choir. Pat and John traveled widely to places such as New Zealand, Australia, Costa Rica, Fiji, Tahiti, The Seychelles, an African Safari, the Amazon River, Panama Canal and many places in the Caribbean. Pat moved back to Northport to be closer to her family and six grandchildren in 2003. Pat is a member of the Congregational Church of Huntington and was a Deacon and the director of the hand bell choir, she also was an avid member and Past President of the Asharoken Garden Club. Pat is predeceased by her husband John and brother Bill deKnight, she is survived by her Daughters Pamela Wilson (Donald), Alice Weigers (Jeffrey) and Linda Frankemollé, and her grandchildren Sean Wilson, Alyssa Weigers-Vandewinckel, Anna Matera, Gordon Weigers, Timothy Weiss, and Zoe Weiss. Memorial visiting Tuesday July 5, 2022 from 4-7 pm at the Nolan Funeral Home with a Funeral Service at 6pm with Pastor Mark Bigelow of the Congregational Church of Huntington officiating, burial of Pat's ashes will take place Wednesday July 6 at 10 am at Northport Rural Cemetery.

In Pat's memory donations to the Congregational Church of Huntington, PO Box 134, Centerport, NY  11721, would be appreciated.

Below is a poem written for Pat by her granddaughter Alyssa.

I stand at its edge,

I curl my toes at the opaque unknown.

She stands beside me,

With wise laughter and a sunshine smile.

A gentle squeeze on my shoulder and then

She takes the plunge, both feet at once.

I gawk at her.

Not just a toe?

When you find water, don’t be afraid to get wet.

But what if there are riptides?

Go with the flow and trust in your ability to swim.

What if leeches latch onto my heels?

You will pluck them off, but keep their lessons.

So that when my feet meet another edge,

She dives in with me.

But with both feet.

Share Your Memory of
Patricia
Upload Your Memory View All Memories
Be the first to upload a memory!
Share A Memory